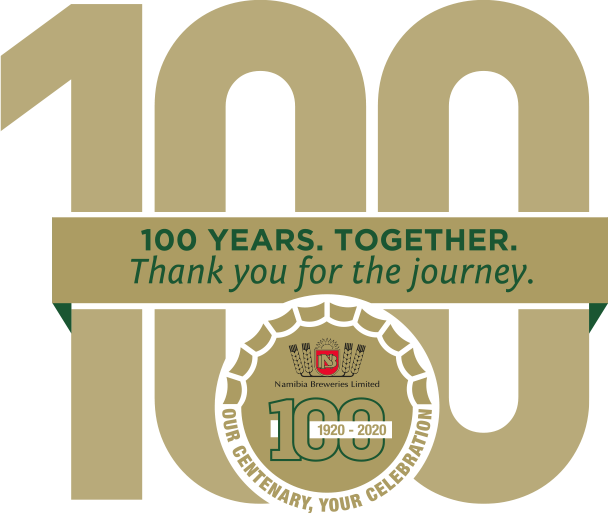 The Kronen Brauerei (Swakopmund), the Omaruru Brewery (Omaruru), the Klein Windhoek Brewery (Windhoek) and the Felsenkeller Brewery (Windhoek) were acquired by Hermann Ohlthaver and Carl List, who consolidated them to form South West Breweries Limited.

NBL listed on the Namibian Stock Exchange (NSX) and became a publicly owned company with the O&L Group as controlling shareholder.

The partnership was locally facilitated by Brandhouse Beverages (Proprietary) Limited.

The 77-year-old Hansa Brewery in Swakopmund, from where Tafel Lager originated, closed down to become a warehouse for NBL.

NBL became the first African brewery to be acknowledged by the DLG, the German Agricultural Society, by winning awards for its core brands: Windhoek Lager, Windhoek Draught, Windhoek Light and Tafel Lager.

NBL was a key player in the establishment of the Self-Regulating Alcohol Industry Forum (SAlF), a body comprising major alcohol producers and distributors in Namibia.

DHN Drinks (Proprietary) Limited was established in South Africa to handle the marketing, sales and distribution of the international beer and cider portfolio for the strategic partnership with Diageo and Heineken.

NBL’s DRINKiQ® Training Programme was launched to empower participants with knowledge on alcohol consumption. The Recycle Namibia Forum (RNF) was established, with NBL as a founder member.

The new breakthrough plan was initiated to guide the Group in building a breakthrough organisation with the new purpose statement: Creating a Future, Enhancing Life.

In November 2011, the first Namibian barley crop was harvested as part of the trials conducted by NBL in partnership with the University of Namibia and the Ministry of Agriculture, Water and Forestry, to determine the viability of growing barley and procuring malted barley locally.

In the 2012 financial year, NBL reached a historic milestone by selling over 1 million hectolitres of beer in Namibia. The Board approved the installation of a 1 MW on-grid solar photovoltaic (PV) facility that was the largest roof-mounted PV solar plant in Africa at the time.

NBL replaced the outdated carbon dioxide recovery plant with a modern, efficient and environmentally friendly plant, with an additional 98 tons of storage capacity. This made NBL one of the few breweries in the southern hemisphere which is self-sufficient in CO2 and able to sell its excess CO2.

NBL restructured its operations in Namibia and South Africa, resulting in Heineken acquiring Diageo’s indirect stake in NBL. The new joint venture between NBL and Heineken was now exclusively focused on a beer portfolio which would be beneficial to growing key brands in South Africa.

NBL commenced with the testing phase of the biomass boiler which was set to replace 80% of the heavy furnace oil used.

NBL entered into a partnership with Stellenbrau, a Stellenbosch-based craft brewer, thereby strengthening NBL’s association with a craft-style beer positioning.

As an intermediate water supply solution, NBL obtained licences to drill two boreholes on its premises.

Camelthorn introduced a new brand identity and positioning and included Urbock as a variant to the craft beer range.

A new coastal depot was inaugurated at Walvis Bay. Warehousing and administrative functions were relocated from the old Hansa Brewery in central Swakopmund to Walvis Bay.